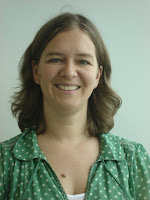 Fleur Anderson reports from a meeting of the Sanitation and Water for All partnership in Sri Lanka.

‘Progress in water and sanitation delivery is intimately linked to political will’ stated Piers Cross, SWA secretariat at last weekend’s Sanitation and Water for All meeting, and eloquently summed up the reason for the SWA partnership and the unique potential which it offers to significantly increase sanitation and water for communities in the poorest countries.

The Sanitation and Water for All partnership has now launched a new initiative to support water and sanitation delivery for all in the poorest countries. The partnership of donor governments, southern governments, multilateral donors and civil society, is continuing in its mission to increase political prioritization for water and sanitation. At the steering committee meeting on the 2nd April, a programme of matching a group of donors and technical support partners with governments from the country most far from reaching their MDG targets. Liberia is the first SWA member to work in this programme and aims to result in assistance and seed funding for good national water and sanitation plans, with good capacity to deliver on those plans and to attract the external funding it will need.

The Sanitation and Water for All partnership has also been pleased with on-going results in many countries of the High Level Meeting held in 2010, new policies in countries such as Angola, Chad, Nepal, Ghana and Senegal have resulted in increased impact of money spent on water and sanitation (through better policies) and better accountability, which will in turn lead to improving water and sanitation services for those currently missing out.

The importance of the 2012 High Level meeting was emphasized and plans to make this a good tool for advocacy for civil society in both the existing SWA member countries and countries which are new to the process. The challenge of civil society is to make the most of this opportunity for influence during 2011 as we push our governments to go to the High Level Meeting in 2012 with serious commitments which match up to the huge challenge of the current sanitation and water crisis.

Email ThisBlogThis!Share to TwitterShare to FacebookShare to Pinterest
Labels: Liberia, sanitation and water for all, swa