UN adopts right to water and sanitation: Who, why, and where next? 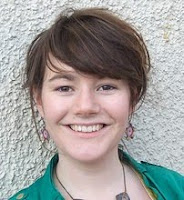 As previously blogged, this week saw the UN General Assembly vote in New York on the right to clean and safe water and sanitation. We have gathered some analysis of the vote to share what was said, and what this means for organisations around the world campaigning for water and sanitation, as well as next steps.


In the vote on 28th July, 122 countries voted yes to the resolution, and 41 abstained. The majority of yes votes were from developing countries, although there were some European exceptions such as Germany. Broadly, West African and South Asian countries voted in favour, with East Africa and Southern Africa abstaining or absent. See here for detail 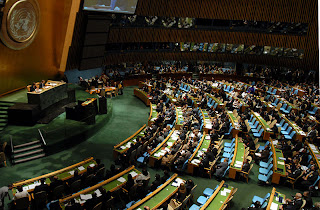 
Political tension relating to access to water is always fierce, reflecting the scarcity of the resource. Abstentions were generally due to concerns that the resolution was inappropriately pre-empting the report of the Independent Expert, and did not lay out detail of the right to water and sanitation, Some countries such as the UK claimed, “there is no sufficient legal basis for declaring or recognizing water or sanitation as freestanding human rights”. You can read an explanation by the US , who called for the vote. We can hope that these doubts will be relieved when the Independent Expert reports to the Human Rights Council in 2011. 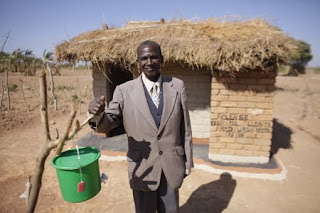 For now, we can look forward to the report by the Independent Expert. As well as writing on the right to water, Catarina reported in 2009 that there are “clear human rights obligations related to sanitation because it is inextricably linked to, and indispensable for, the realization of many other human rights”. The report to the Human Rights Council in 2011 should lay out countries' obligations related to water and sanitation development work, and hopefully lead to all countries affirming the right to water and sanitation.

Simavi have also blogged about the vote, and what it means for the right to water and sanitation. 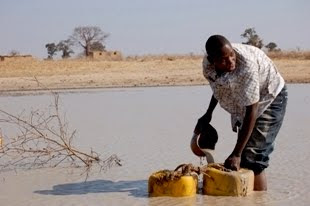 Posted by Georgina Rannard at 16:28 No comments:

UN vote on right to water and sanitation

“In 2010, it is not an exaggeration to say that the lack of access to clean water is the greatest human rights violation in the world.”

Maude Barlow, in a letter to UN missions, 6 July 2010
Former Senior Advisor on Water to the President of the United Nations General Assembly 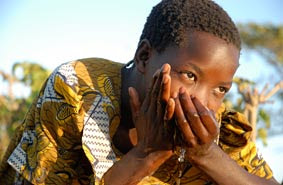 uly 2010, the United Nations will consider a resolution tabled by Bolivia, supported by 33 other members, that declares the human right to access water and sanitation. It finds precedence in earlier declarations, but this will be the first stand-alone expression of the right to water.

For some, it will come as no surprise that the author of the resolution was Bolivian Ambassador to the UN, Pablo Solon, following Bolivia’s civil battles over water privatisation.

Declaring access to water and sanitation as a human right will bring significant challenges; can we agree a universal minimum water requirement or on a level of water quality, and will the cost of water investment threaten the affordability of water? Equally, there is some concern that the importance of access to sanitation will be lost in the sexier debate surrounding water. The threat of regression on commitments to sanitation is very real.

The UN vote could go one of several ways. Advocates of a rights-based approach to development will celebrate the discussion, and if it passes, those working in water and sanitation will welcome a crucial step towards establishing universal access.


A range of civil society organisations coordinated by Blue Planet Project are lobbying to support the decision.

UPDATE: Voting has taken place, with 124 in favor, 0 against and 42 abstaining. More information soon on the relevance to the fight against the sanitation and water crisis. 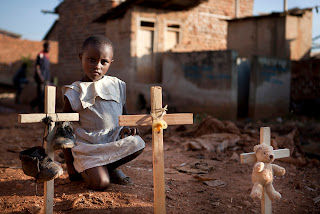 Zawedde, in Kampala, Uganda, sits in front of crosses symbolising the 2000 children that die from diarrhoea in Africa every day. Photo credit: WaterAid/Benedicte Desru
World leaders are gathering to talk again, with the 15th Ordinary Session of the African Union taking place in Uganda for the past week.

The Summit has been focusing down on two particular MDGs – child health and maternal mortality – two areas of development that have been woefully lagging behind others. And civil society has been present to pressure for action, not just words.

WaterAid and the African Civil Society Network on Water and Sanitation (ANEW) have been lobbying at the Summit, to highlight the devastating impact poor water and sanitation has on infant health, and pushing for former commitments made in Sharm el Sheik and eThekwini to be met.

The situation, after all, is dire and urgent. Diarrhoea is now the biggest killer of children under five on the African continent. A staggering 90% of these deaths could be prevented by access to safe sanitation, water and hygiene.

World leaders must also recognize the interconnected nature of tackling the MDGs. And even if the water and sanitation MDG sector is the most off-track, it needs to be approached in a holistic way alongside other lagging sectors. (Read our policy briefing on this).

Decisions made by Heads of State at the AU Summit will have significant influence on the outcomes of the discussions held during the MDG+10 Summit later in September 2010.

Staff at WaterAid are blogging from the Summit - click here to see the latest pictures and read updates.

A call for global representatives

This exciting partnership brings together governments, UN agencies and civil society organisations from all over the world to try and mobilise the political will and resources needed drive progress towards achieving sanitation and water for all.

As it goes forward, End Water Poverty has a crucial role to play at the heart of the partnership to make it deliver for communities denied their rights to these most basic services. As well as campaigning, it includes facilitating the input of civil society organisations into the committee that governs the group’s activities.

Currently we are running a process to nominate six representatives – 2 from Africa, 2 from Asia and 2 from donor countries – to sit on the steering committee (three of these will be ‘alternates’ or ‘reserves’).

There is one week left to put yourself forward – the deadline is 2nd August – so if you are interested in playing a leading role, and you have the time and experience needed, do consider doing so. You’ll attend six meetings a year (four by teleconference) with key players in the sector, and will be expected to feedback to and consult the broader network to represent views of the whole constituency. You can read a brief on how civil society can get involved, and a role description of a representative here.

There are processes running in Africa (coordinated by ANEW), Asia (coordinated by FANSA) and in donor countries (coordinated through a sub-set of End Water Poverty members). If you are interested then get in touch with stevecockburn@endwaterpoverty.org to find out more.
Posted by Serena O'Sullivan at 16:26 No comments:

Email ThisBlogThis!Share to TwitterShare to FacebookShare to Pinterest
Labels: sanitation and water for all, swa

It’s a shocking fact that today, 4,000 children around the world will die from drinking dirty water. End Water Poverty is looking for a dynamic, strategic and creative campaigner to lead this growing international campaign coalition of 175 like-minded organisations seeking sanitation and water for all.

You’ll be designing and delivering high profile global campaigns, working with partners in countries as diverse as Rwanda, Nepal, France and Canada to coordinate lobbying and create political change. Whether you’re speaking to ministers, coming up with the next creative campaign or briefing the media, your work will have the ambition to tackle one of the biggest killers of children in Africa. Not your average campaign, then. But you’re hardly run-of-the-mill yourself.

We are looking for high-flyers who have track record of running successful political campaigns. You will have a flair for ideas, bundles of energy and a commitment to the issues we work on.

Our ambition is massive. We need you to help us deliver it. If you bring your expertise, your passion and professionalism, we’ll give you a lot back.

Please note, in order to apply for this role you must be able to demonstrate your eligibility to work in the UK.

54,000 latrines a year to achieve the sanitation MDG in Burkina Faso!

Inna took part in the coordination of the World's Longest Toilet Queue campaign in Burkina Faso - getting more than 8000 in line for sanitation and water! Here she shares results the outstanding of the campaign as the government launches a huge response initiative to the sanitation crisis...

On June 29, the Head of State in Burkina Faso launched the National Campaign of Advocacy and Mobilization for Access to Adequate Sanitation, a new initiative get the country’s response to the sanitation crisis back on track.

The initiative will take a multi-faceted approach – aiming to raise awareness, ensure adequate policy implementation and get the highest quality of latrine installed into homes. As the Minister in charge of water and sanitation reiterated, it is now the responsibility of anyone building a home to ensure good sanitation is present, meaning one house, one latrine. 324 000 latrines will be installed by 2015 throughout the country, meaning around 54,000 new latrines each year. This will improve on the shockingly low 13% coverage of sanitation in the country.

The opening ceremony enjoyed the presence of the highest authorities from across the country, including the Prime Minister and President. This is a very important detail – it shows that the issue of sanitation is at the heart of the government agenda and this new high level of commitment will help to address the once neglected issue of sanitation.

The Head of State said sanitation impacts many other sectors such as health, education and development and that he sees the new campaign as a method of reinforcing policy commitments, developing social mobilization and creating wider public support for sanitation for all.

Speaking on behalf of technical and financial partners in Water and sanitation, the European Union Representative said that "considering the growth of the population, the access to sanitation actually decreases each year." He welcomed the campaign and promised that donors will continue to support government efforts in sanitation sector.

The Minister in charge of water and sanitation announced that the government will increase its budget dedicated to sanitation to 2.5 billion CFA francs each year from 2011.

Civil society organisations said the campaign shows real evidence that the government is aware that sanitation is a cross-cutting issue and that its response to the crisis needs to be scaled up. Civil society in Burkina Faso has undertaken many actions to lobby for a greater government response, including the World’s Longest Toilet Queue in March on World Water Day, where 8000 people queued to make a stand for sanitation and water for all.

The World’s Longest Toilet Queue enjoyed a minister in attendance and also pushed the government to send a representative to the world’s first High-Level Meeting for Water and Sanitation in Washington DC in April, where firm commitments and actions were taken on the global crisis.

I see this new campaign from the government as a big achievement but we will undertake advocacy actions to follow up on government commitments and we encourage civil society organisations across the country to join us in these endeavours.
Posted by Serena O'Sullivan at 11:13 No comments: