Blink and you might have missed it, but the 2010 G8 summit took place this weekend in Muskosa, Canada. Five years on from the grand promises at the Gleneagles G8 summit, this was the year that the G8 were to be judged on their word. The result won’t surprise many people – the mooted extra $50bn in aid was short by a whole $20bn. Some countries performed well – the UK is on track, for example – while others went backwards. Italy so much so that campaign organisation ONE called for the Italian PM to be kicked out of the G8. 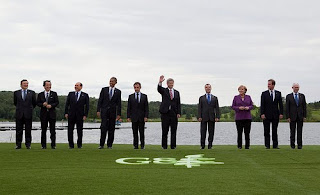 This year was, of course, dominated by trying to instigate a global economic recovery on the back of the financial crisis, but in the final communiqué some attention at least was given to the health crisis facing mothers and children worldwide. The G8 pledged to provide and extra $5bn to tackle the crisis in their signature ‘Muskosa Initiative’.

More focus and finance on maternal and child health is welcomed, but as always with the G8, the devil is in the detail. Without keeping promises on overall aid spending, which for many countries has flat lined, it remains very unclear (and in fact unlikely) that this money would genuinely be ‘new’, or would merely be moved from other pots. As Oxfam spokesperson Mark Fried put it, “unless aid increases, African children will be paying for their mothers’ healthcare by sacrificing their education.”

Dorothy Ngoma, Executive Director of the National Organization of Nurses and Midwives of Malawi, added: “As a mid-wife, I believe it is crucial to invest in the health of mothers, but I also know the importance of food on the table and clean water to drink. No one should be forced to choose between these. New promises won’t do much good if old ones are ignored.”

There was little focus on sanitation and water. While its importance to health was recognised in the plan for maternal and child health, there were no clear commitments for action. The G8 did release an ‘accountability report’ that showed G8 aid to water and sanitation increasing, but as we know from the launch of this year’s GLAAS report it is distorted by the fact it is too rarely targeted towards to the countries and people who need it most.

As always there was plenty of NGO activity focused on the , and the nearly 100,000 people who supported the World’s Longest Toilet Queue formed part of a petition and message given to Canadian Prime Minister Stephen Harper before the summit started. See what NGOs got up to here.

With the G8 delivering so little, and its importance waning, all eyes turn to this September when the world’s leaders convene to talk about development. Find out what you can do here.

Posted by Serena O'Sullivan at 17:13 No comments: 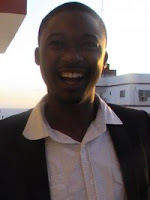 Muyatwa Sitali has written a new report on the state of water and sanitation in Liberia, which outlines a worrying financing gap and recommends immediate action to halt the crisis facing millions of Liberians.

Liberia‘s newly approved water and sanitation policy states that ‘water is life‘ and ‘sanitation is dignity‘. At present, however, the dire state of water, sanitation and hygiene (WASH) services in Liberia constitutes a public health crisis that is killing Liberians and robbing many more of their dignity. Three out of four people have no access to safe water, six out of seven are without access to safe sanitation facilities, and altogether unsafe water, sanitation and hygiene practices cause 18 per cent of all deaths in Liberia.

This new paper, Life and Dignity at risk: Liberia’s water, sanitation and hygiene sector, from the Liberia WASH Consortium, argues that these deaths can be prevented, but that Liberia’s government and donors need to rise to some serious challenges. These include:
The challenges are serious, but can and must be met in order to halt the scandal of preventable disease and deaths – the denial of life and dignity – that confront millions of people in Liberia through lack of safe water and sanitation.

Key recommendations from the report:
You can read the report here, and follow the author on twitter for the latest news on water, sanitation and hygiene in Liberia.
Posted by Serena O'Sullivan at 10:30 No comments:

This September sees the MDG+10 Summit, when Heads of State from every country will gather at the UN to discuss development.

Specifically, they'll review progress to date on the Millennium Development Goals (MDGs), and decide what needs to happen before the 2015 deadline to meet a range of targets that include halving the proportion of people without access to sanitation and water.
We know that progress has been far too slow – nine million children still die every year from preventable causes, and the numbers of people going to bed hungry is on the rise. We also know that progress has been deeply uneven, with key targets like sanitation miles off track – in Sub-Saharan Africa the target will not be met for another 200 years unless drastic action is taken.
Part of the problem is a lack of priority given to development in general. And part of it is that there's has been insufficient focus on some of the most off-track areas like sanitation, and too little recognition of how inter-connected all the different development targets are. This inequity holds progress back in all areas.

It is obvious that to escape poverty, a person needs a range of things - good education, good nutrition, access to health systems, clean water and safe sanitation to name a few – and it is foolish to try to focus on just one area at the exclusion of others. Life is more complex, and so should be our responses.

So End Water Poverty has joined up with Action for Global Health, Action Contre La Faim and WaterAid to produce a short report entitled ‘Breaking Barriers: working together to achieve a healthy hunger-free world’, outlining what we think needs to be done at the UN MDG Summit this September. It calls for a well-financed and accountable Global Action Plan for all the MDGs, a smarter and more integrated approach to development, and a renewed focus on some of the regions and targets most off-track, including sanitation and water, nutrition and those related to health.

We’ll be using this as a basis for advocacy over the coming months, and encourage you to do so as well. There are resources at www.endwaterpoverty.org/mdg2010, and more information to come soon.

In related news, two great advocates have been participating in the UN Civil Society hearings in New York this week, making a strong case for our cause. Lajana Manandhar from FAN-Nepal made a passionate speech to the Assembly, while Kate Norgrove from WaterAid has been intensively lobbying Governments to act - you can read her blog here.

Let’s build on their great work and break down the barriers that deny people their rights to life and dignity.
Posted by Serena O'Sullivan at 17:22 1 comment:

Scoring for water, sanitation and hygiene: WASH United kicks off!

The whole world is looking to South Africa, to celebrate the magic of football and to cheer their favourite teams to victory. But the sad news is that in the time it takes to play a World Cup match, 140 African children will lose their lives to preventable diarrhoea.

Diarrhoea, caused by dirty water, lack of toilets and poor hygiene, kills more children than malaria, measles and HIV/AIDS combined. This crisis has no place in the 21st century.

Didier Drogba, Bastian Schweinsteiger, Stephen Appiah and many other superstars have already joined WASH United to fight for safe drinking water, sanitation and hygiene for all people.

WASH United is a club that needs you to join. Join, and you can raise awareness of the global sanitation and water crisis. Activites and and promotional events are taking place in several African locations, but people all over the world can join in online.

End Water Poverty supports WASH United so team up with us too! Join the Club at www.wash-united.org and become a Champion for WASH! And if you want another reason to be convinced, then listen to the legendary Archbishop Desmond Tutu on why this club needs you: